My niece Pearl’s mother, Dorothy, passed away on Saturday. Dorothy was my brother Jimmy’s ex-wife .She had a long battle with breast cancer, and it finally got the better of her. She leaves Pearl and a half-sister (somewhere in Colorado), a tangled mess of trust fund issues, scattered properties and possessions, and an often-questioned legacy of Island Preservation that will linger on for many years. 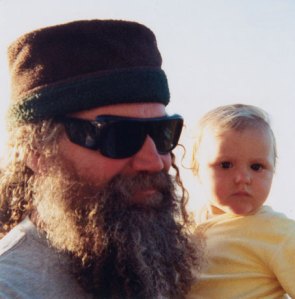 Many, if not all, of the people on Orcas either knew her directly or knew of her. She was simultaneously a source of inspiration and aggravation, depending on who you were and what your relationship was with her. She lived her entire life under the toxic influence of immense wealth that was used, in her younger years, to isolate her from the world, and in her later years to create situations that were both enviable and disastrous. It was that same fountain of wealth that sustained her after her parents died. She drew from a large trust fund that granted her a generous annual allowance in January. This made, in many years, for a feast at the beginning of Spring that became a famine at the close of Fall. She lived her life on a giant financial yo-yo, so to speak.

For most of us, childhood is a pretty straightforward thing. You are born, you sometimes get brothers and sisters, you grow up with pets and problems. You go to school with tons of other kids pretty much like you, you graduate and go on to college, and you then find a path and live your life and pay your bills. Not so much for Dorothy. She was born all right. But it all pretty much went off the standard life path from that moment on. I’ve been told she was raised by nannies and boarding schools, and knew little if anything about a normal childhood. It brings to my mind the story of Romulus and Remus, and the lessons they learned from being raised not by natural parents but by wolves. She was sent abroad for her college years to Florence, Italy to study art history. While this is probably one of the epicenters of art history in the world, it also represents the degree to which her life differed from most of those around her on the island. She had many privileges of the upper crust, but they didn’t necessarily serve her well.

Dorothy and my brother Jim were married in May of 1999 in a wild, sweeping ceremony in a hayfield in Deer Harbor on Orcas. A good deal of the island’s tourist housing was taken over for the guests that came from far and wide, and an elaborate feast was set up in a tent constructed over a temporary wood floor.

The wedding itself was at the incredibly small chapel in Victorian Valley that seated a fraction of the 350 or so guests, and Dorothy was literally carted away to the reception in a gypsy wagon that Jim had built for her, pulled by a stout team of horses. Fairy tale, romantic stuff. The wagon broke down less than a quarter of a mile into the 5 mile trip, perhaps an omen of the tumult that was to become their life after the birth of Pearl.

Dorothy had difficulty, to put it mildly, maintaining relationships in a manner that the rest of us would consider customary and “normal”. Her thoughts and opinions frequently starved any give-and-take in dealings with others. It wasn’t intentional, she simply hadn’t learned any of that in the dark cloud of her childhood because she didn’t need to. And so went her relationship with our family. Without going into too much detail, the mismatch between what she regarded as a normal relationship and what the rest of us would regard as normal was so great that it led to an inevitable divorce. And so, with great drama, the future of Pearl was debated. Custody was a painful issue, and in my opinion it worked out the best for all. Pearl eventually came to live with her dad, my brother, Jim. In truth, Dorothy didn’t have the skills and grip on reality that it takes to raise a child. Given the template she had been handed, the only formula she knew was comprised of money and the service of others. This was, clearly, no way to raise a daughter. The evidence of the inevitable bad outcome was glaring and overwhelming. And it certainly wouldn’t suit a Mudd. We’re apparently allergic to immense wealth; it makes us break out in foolish behavior and materialistic hoarding, and it’s likely that Pearl inherited that gene from her father.

We’ve had the unheralded pleasure of being with Jim and Pearl at this time simply because of fate. Even though Dorothy had been battling her disease since 2003, we hadn’t heard of any of it until last month. We had been planning on visiting the island for several months and when we talked with Jim to coordinate our pending arrival to his front yard, he informed us that he and Pearl would be “off island” for a week visiting her mother in Phoenix. Dorothy went there in December to be under the care of a nutritionist, but more likely just to die. Her last few months were not good, they rarely are for someone with cancer, and she was in and out of hospital with all sorts of ailments dealing with her lungs. It was in one of those hospitals, several days after Jim and Pearl returned home, that she finally slipped into a coma and passed on.

There seems to be a great deal of concern about Pearl from all of those around her. In my opinion, she is doing just fine. She’s a Mudd, a fine young woman, and people have to realize that she has been dealing with a dying mother for most of her life. She has come to terms with much of this, and will have much more to come to terms with as the years go by. But she’s pretty darn durable, and she has a great support network. I think people would do well to give her some space and just keep an ear open for her over time. While there is a cloud over the house in the last few days, I think most of it has to do with the long-winded, frequent phone calls from well-wishers and the need of some of the locals to try and express some sort of sympathy. Frankly, there is a palpable feeling of relief as well. It’s been a very long ordeal played out with some pretty strong personalities, and the sudden silence needs to be absorbed, not stirred.

So, I guess I’ll leave it at that. While it’s strange times lately, a lot of strange stuff has gone on under Jim and Pearl’s roof. And I’m sure there will be lots more to come. Pearl is on the verge of her teen years (OMG) and starts middle school next year. We wish her, and Jimmy, the best.