Gelato on The Rock

As many of you already know, Wendy and I have included “Gelato Quest” in the many activities of our nationwide RV tour. And while we are here on Orcas Island (see the previous installment dealing with the eChaos) we stumbled upon a delightful Italian deli that also has a gelato bar. Enzo’s, in downtown Eastsound (pretty much the only “downtown” on the Island) has some of the best we’ve had. Enzo, the owner, is Swiss but spent much of his younger years in Italy as well. He handcrafts the batches to suit his fancy, and also to suit the season.

Its winter here on “The Rock” as the island is known to the locals. It’s known as that as much for the fact that everything around here is rock, but also for the fact that most of the islands in the San Juan’s have Lime Kilns. In their heyday these large wood-burning stacks were built at the base of large limestone cliffs, abundant in the San Juan’s because these islands are all just huge chunks of it. Workers would blast slabs out of the cliffs which would crash down to the cliff base, and other workers with air hammers would chisel them to smaller pieces, which would then be carted off to the hoppers at the top of the kilns. 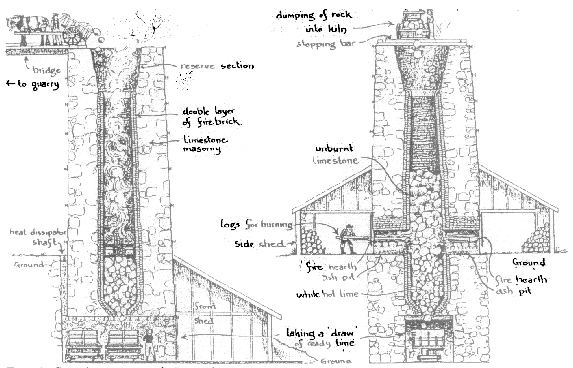 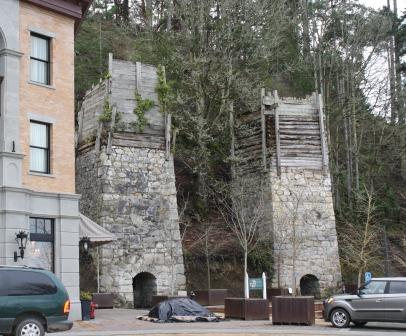 Large chunks of wood, mostly clear cut from nearby islands and then barged over to the kiln site, would be loaded into the burn box at the bottom and the fire would generate up to 2800F, hot enough to burn the rock down to a sooty powder we know as lime. It was primarily used to make concrete or to put on crops. There was a man named John McMillin who made an enormous amount of money when he founded Roche Harbor (on San Juan Island) as a “company store” town which operated his lime kilns 24 hours a day, paying the workers in “scrip” that was redeemable at the company store and for paying rent in the company bungalows. We sometimes think OUR jobs are tough, but there were 100’s of men who worked up to 16 hours a day lifting and moving 100 lb. sacks of lime, and they didn’t even get paid in cash! 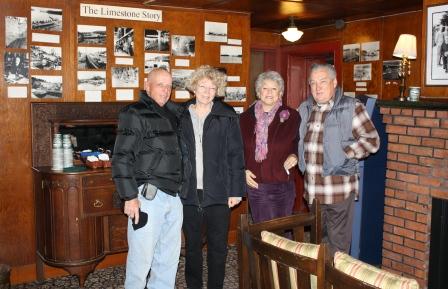 Friends Joe, Barbara, Frankie and Wally and The McMillin story 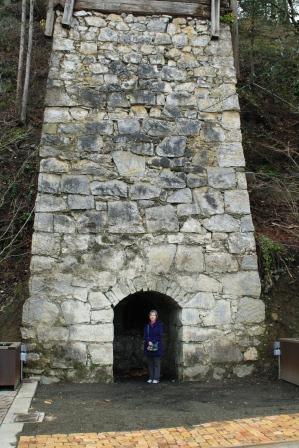 Wendy in the "Adit", where the Quicklime poured out

Anyway, when we discovered Enzo’s gelato here on The Rock, it was quite a delight. Rich, creamy, smooth, and perfectly flavored. He gets his ingredients from Italy, and it shows in the finished product. And the prices are right. On The Rock where it can cost upward of $6 to wash and dry a load of laundry, the gelato was very affordable at a total cost of $7.50 for 2 servings, including the tip!

Here’s Tippy with a touring tip! 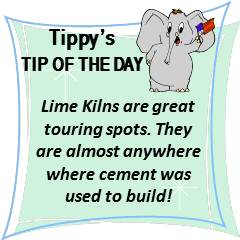